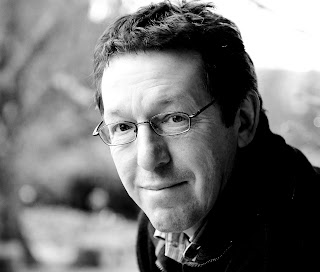 Gareth Renowden is a British born writer, photographer and truffle grower based in the Waipara Valley on NZ's South Island. His most recent book, Hot Topic - Global Warming & The Future of New Zealand, was published by AUT Media in 2007 and has been short listed for the Royal Society of NZ's first science book prize. His previous book, The Truffle Book (Limestone Hills Publishing 2005) won the Special Jury Award at the 2007 Gourmand World Cookbook Awards in Beijing, and he was the keynote speaker at the 2007 Oregon Truffle Festival. He runs the influential Hot Topic blog (http://hot-topic.co.nz/ ), covering climate change science and politics in New Zealand.
On his small farm he grows (or attempts to grow) three different species of truffle, olives, walnuts and grapes. HIs second vintage of pinot noir is currently sitting in a barrel at the Daniel Schuster winery in Omihi, while he drinks his way through the first.

I started blogging about my farm and personal interests (current site: http://blog.limestonehills.co.nz/, old site: http://www.limestonehills.co.nz/Down%20On%20The%20Farm/index.html) back in 2004, but the idea for Hot Topic came in 2006. I'd been "debating" with a bunch of New Zealand climate sceptics at their site (I say "debate" because in general they pay no attention to what you actually say), but they eventually stopped allowing comments. I hatched a cunning plan: write a book about climate change, and as a part of that process start a science-based, NZ-focussed climate blog. And so I did.

Probably the feedback I received from a senior academic in climate studies in NZ saying he read and enjoyed the blog, and thought it was playing an important role in the climate debate here. I get great support from the science community because I can be more robust in my criticisms of sceptics or policy ideas than might be appropriate for a high-profile scientist -- and I can be more direct about the potential consequences of climate change.

The first ten minutes after receiving a nastygram from lawyers acting for one of NZ's leading magazines. I'd been highly critical of the editor. But then another cunning plan sprang to mind (capitulate but take the moral high ground) and blog traffic soared.

The one I enjoyed writing the most (and which has received some good notices) was a recent sideswipe at Christopher Monckton, the UK peer, puzzle designer and ex-journalist who has carved himself a niche as the most bumptious hypocrite in sceptic ranks. (http://hot-topic.co.nz/monckton-the-case-of-the-missing-curry/).

I occasionally let rip on policy issues. I recently chastised the Business Roundtable for their stance on climate change (http://hot-topic.co.nz/telling-porkies-to-parliament/), and was delighted when their head honcho turned up in the comments to defend his position. He failed.

One of the NZ originals, Russell Brown's Hard News is always a good read, and sound on climate matters. No Right Turn is diligent on policy and analysis, the Greens blog (Frogblog) always entertaining, and Tumeke! required reading. For a very different take on NZ and great photography, Pohangina Pete.

Keeping up with the climate blogs is important. RealClimate is the premier site -- some of the top names in climate science blogging on new developments. It's a great place to learn, and to get perspective on current controversies. Tim Lambert's Deltoid is a daily read, strong on debunking sceptics, as is Brave New Climate from Barry Brook at the University of Adelaide. Not forgetting Stoat -- a former climate modeller turned curmudgeon -- or Open Mind for stats and Rabett Run for the snark.


How successful would you say the argument against climate change denial has been with regards to public perception?

I oscillate between frustration that sceptics continue to get space in the media to run their tired and repeatedly debunked arguments, and the realisation that, where it matters in government and the wider community, the problem is generally understood and being acted on -- even if too slowly for comfort.

How the public perceives things is a different matter of course, and to a great extent that depends on media coverage. Sceptics probably get more access to the NZ media than in the UK (bar Booker in the Sunday Telegraph). I find it odd, for instance, that my local paper can campaign in support of Earth Hour, but still find space for overtly sceptical opinion pieces.

A confounding feature is that for a chunk of the libertarian right, climate change is defined as a political issue -- an environmentalist grab for world domination -- and so rational argument runs into the rock of ideology. Those people won't change their minds until the handbasket is starting to char at the edges and hell is just around the corner (and not even then, for some).


How would you define the New Zealand blogosphere?

Local politics drives the big blogs -- Kiwiblog on the right, The Standard on the left. In the run up to the election last year the right wing blogosphere was working itself into a foaming frenzy, but since they got what they wanted (a National-led government) they've gone quiet. Now it's the left's turn to fulminate, and there's been something of a revival on that side.

Beyond politics there are hundreds of blogs operating in all sorts of areas, but it can be really hard to find an audience -- after all, NZ's a small place.


What has New Zealand's response been as a whole to the G20 Summit?

NZ likes to think it's playing in the same league, but it isn't. So we watch, and read the entrails, and the government tries to align us with Australia/US/Europe/China -- whichever's flavour of the month. As far as the public is concerned, the death of a demonstrator got much more coverage than, say, the lack of real green growth initiatives.

India. I have a cunning plan for that, but it's probably not one of my best. I don't think anyone will want to pay me to do what I want to do, which is to investigate the Indian roots of the Chinese truffle. (Don't ask).

Antarctica. Before it melts.

Piedmont in the white truffle season (Oct/Nov) -- but Tuscany/Bologna/Norcia would be just as good. As long as there's a lot of truffle.

California, to do the coast roads north and south of San Francisco with friends who grow mushrooms in SF, with a side trip to Jellystone Park.

Nelson & Golden Bay. We go there every year, but the last time was too long ago (2 months).

Lloyd George knew my grandfather. That's not true, of course, but it does give some sense of my detachment from all but the usual suspects. Ghandi, perhaps?

In climate terms, Jim Hansen, who has been at the forefront of climate studies since the 1970s. The Bush White House tried to muzzle him and failed, and he continues to pose the big questions, rooted firmly in good science. He goes a bit far for some, perhaps, but he sees his duty to his grandchildren and ploughs on. I haven't got any grandkids yet (and won't for a good few years, I hope) but I do see a duty to future generations as a prime motivator.

Goldfinger. Or Dr No.

The Bonzo Dog Band, back in the late 60s. I was old enough to buy the albums, but too young to travel to see them live. I doubt the reformed lot will make it to NZ, but I did see Neil Innes here a few years ago.


In terms of visiting for the weekend, Wellington, Auckland, or Greymouth?

Most of this was written on the ferry back from Wellington, so I guess the answer's obvious. It's a great little city. Big enough to have everything, but small enough to have a human scale. Plus a stunning harbour.

Greymouth suffers from its name more than its location, but if I were going to the West Coast, I'd go further north to Punakaiki and the incredible coastline up there. I'd like a writer's shack tucked into the salt-swept bush. Remote. Sub-tropical. Penguins. Superb sunsets.

Auckland's more of an occasional necessity than a choice. Nice to be there, but nicer to get home.

NZ has city papers. My local paper, The Press in Christchurch, has lots of pages but not much content. When I visit the UK I revert to type and read The Grauniad.

I could be trite and make a case for my whole life being a hobby, but I generally try to make at least a little money from most of the things that fill my time -- except reading novels. Though that could count as research for a book to be written...
Skiing, cooking & eating, drinking wine?