Some of the Greatest Experiences of My Life Part I 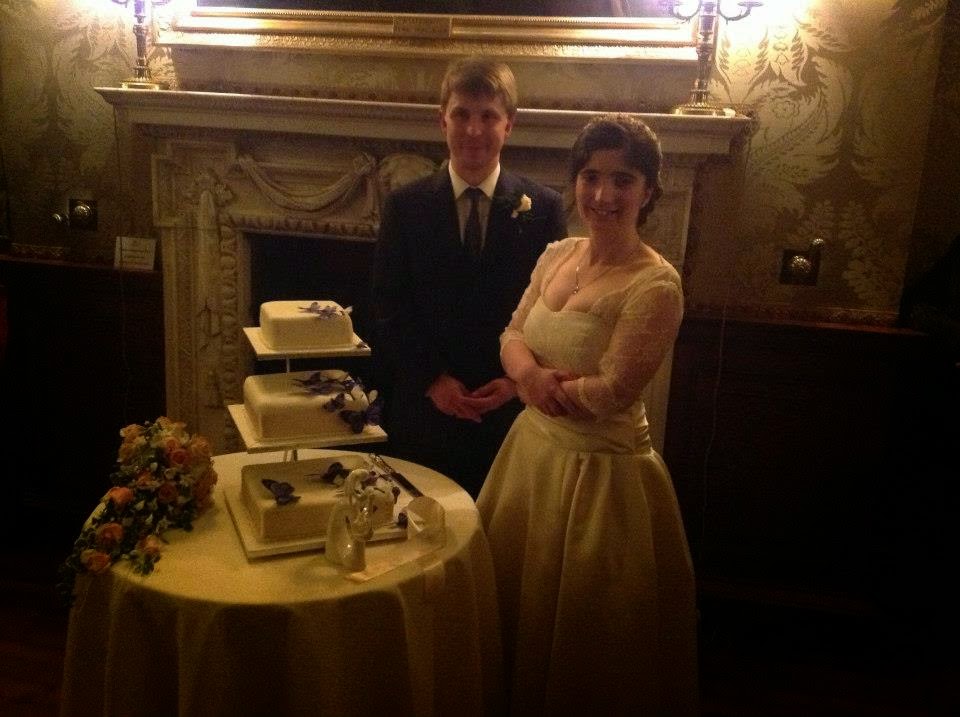 Rachel and I have a mutual friend in Kevin Bonavia (I met Kevin when we both campaigned for Hilary Benn for the Deputy leadership in 2007, and Rachel met Kevin when they were undergraduates at Birmingham), and as a result of that we got to know each other via Facebook upon realising we had a lot in common (I know, but neither of us made a habit of this) and we ended up meeting each other from time to time in London, finding we were attracted to each other and ended up marrying in Northamptonshire two years ago. The reception was at Holdenby House (a Palace, and later a prison, of King Charles I), and over 100 guests came. Plus Kevin was one of the Ushers (how could he not be) ;-)

One of the few times in my life I was awake for nearly or over 24 hours. I was not a member of the Labour Party then, in spite of my late and much missed friend, Tammy Wilband, trying her best to persuade me to join. But I went home, voted Labour, and told my Mum that I was going to stick my neck out and say that Labour would win, but with a majority of about fifty, that the Tories would have about 267 seats, and the Lib Dems, 31! How wrong I was! After attending CU that evening, some friends and I went to the house of one friend and it was only when the Birmingham Edgbaston result came through (a seat that was Conservative since 1922) that I believed the Polls! It was a delight to watch, although I felt sorry for John Major and the "decent but misguided" Conservatives who lost their seats. Interestingly enough, Rachel is a friend of Gisela Stuart (the MP who won Birmingham Edgebaston) and campaigned for her in that election

In the Summer of 1979, my Dad got a job at Heythrop College (the original building, not the London College where the Jesuits located in 1969), to help train NatWest staff, as the Bank in question owned Heythrop at the time! So we moved to Enstone and lived there for five years, until Dad got a management job in London. During that time, my brother and sister were born and I started school. It is only years later that I have got to fully appreciate how much I enjoyed my time there and what a lovely village Enstone is! Of course the area it is in is now somewhat notorious (being five miles from Chipping Norton), but it is good to know Rachel and I can come and stay when we can and please (as Heythrop House is now a hotel, and one within our price range) and what is more it has it's recent significance as I proposed to Rachel in St Kenhelm's Church, in March 2012

Sweden, Aug 1982. The same month Abba recorded their last song! Complete co'incidence I am sure! ;-). But I remember getting to grips with hearing people speak another language in front of me on a regular basis, and taken by the forest by the log cabin we stayed in!

This might not seem much to some, but my parents were the youngest children in their respective families, and so all my Grandparents were pensioners when I was born. I can also remember them all, although my maternal Gran died when I was five, my paternal Grandad when I was seven. When my paternal Gran was dying in hospital when I was fifteen, my Dad told me how lucky I was. Both he and my Mum did not know all their grandparents and I had better memories than my brother, and two had died when my sister was born. Under all of those circumstances, I feel th
ankful. This leads to... 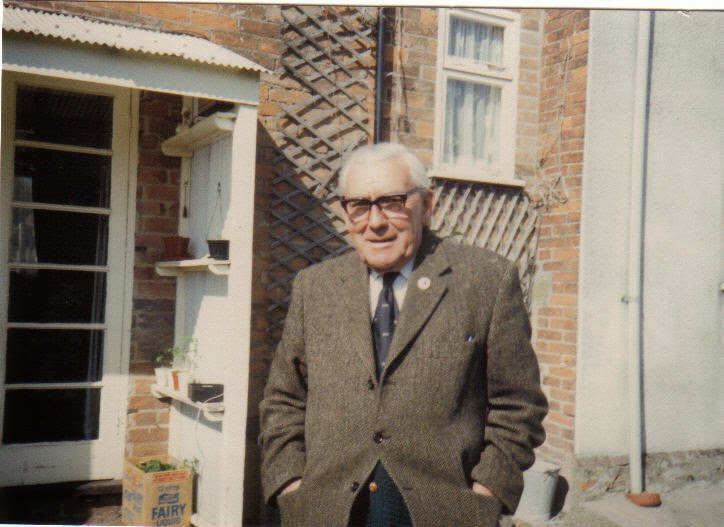 In the early 1990s  it became clear that my Grandad's health problems were increasing, and so time with him became precious. In my late teens I would sometimes spend weekends at his house. I was eighteen and he was eighty-eight, and on face value we had little in common (although both of us were passionate about politics), but we got on and I particularly cherish the memories of him getting up early and getting me cornflakes with the milk causing the pieces to float (not how I like it), as he thought I was struggling with it the previous day, and going for a drink with him at the "Stute"! (Working Men's Institute) Just up the road from where he lived! He died in April 1998, at the age of Ninety-Two, and I miss him. But glad I knew him and got to know him as a teenager and an adult, as well as a child!

I finally joined the Labour Party in 2002, as a birthday present to myself. I could not have joined at a more difficult time in my adult life, as this was when the Iraq War was about to kick off. Many in my local Labour Party left, and I was asked to stand in the District Council elections in the Baldock Town Ward. We had few members, I had no experience of political campaigns, save as an observer, and on this occasion I ended up doing most of the canvassing and leafleting myself! But apparently some local Tories were unnerved by seeing me all over the town and at one stage they put out a leaflet pointing out that I did not live in the Ward! I lost, but I upped the percentage 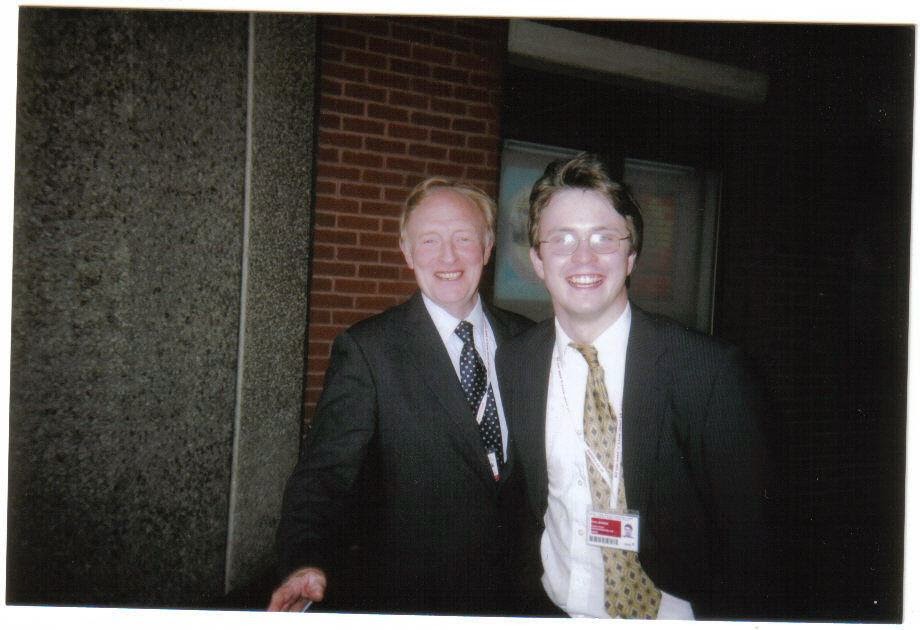 In general I love them! Meeting old friends and acquaintances, and discussing politics and Party policy, and the first in 2003 was amazing in itself. The politicians and delegates I got to have conversations with, the fringe meetings I got to attend. It was also the first time I met one individual who I recall then as a slightly grumpy individual behind the till at the bookshop. His name! Iain Dale. 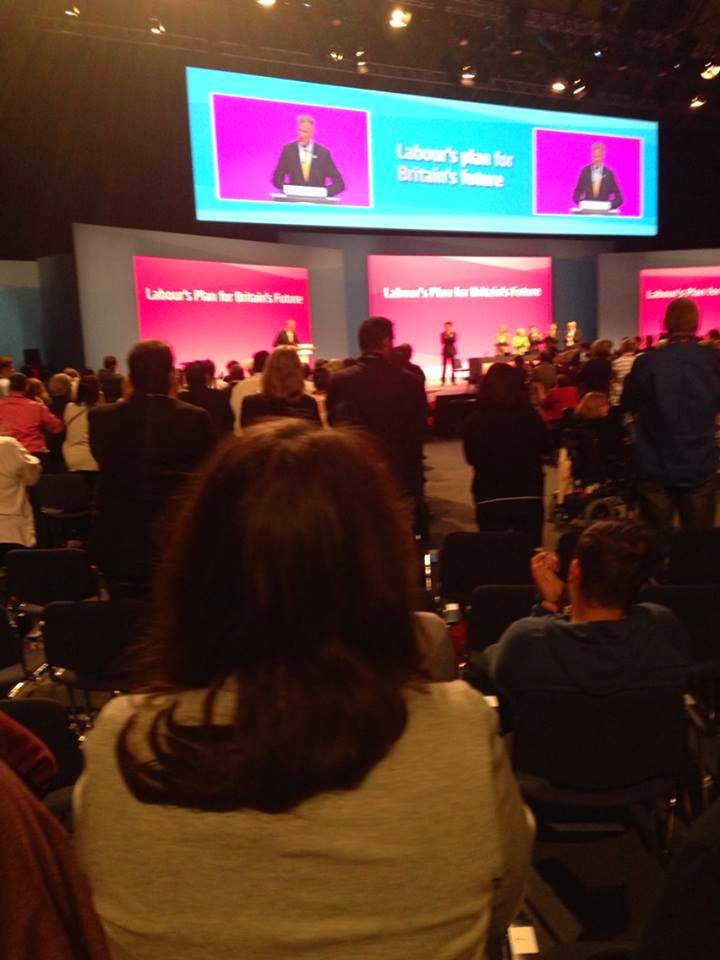 9. Being an Occasional Guest on 18 Doughty Street

Blogging takes you to some interesting places, and so it was that I found myself  occasionally invited as a guest on "Blogger TV", on 18 Doughty Street, a TV Channel on the Internet which dealt with politics, but edged to a right-wing bias, although they did have things from a Left Wing perspective. It taught me a lot, about how I come across on TV, about presentation, and putting yor message across! I miss the show, and hope a similar programme with a Centrist/Let bias will appear on the Internet in the UK before long! Here is an account from me on my first appearance 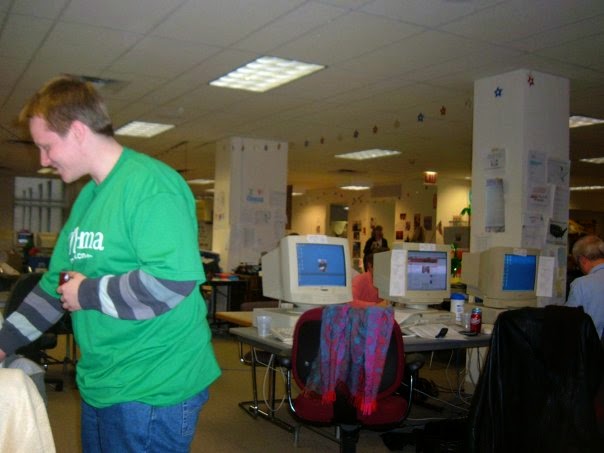 In 2008, Kris Brown asked me to join him and others in Chicago, to be with Obama's volunteer team for the Primaries in March. I have never been to the US before or since, and so, when time off was sorted and I could afford to go, off I went. I learnt a lot. How campaigning was done over there, the telephone canvassing across states, how quickly results come in etc.. I would love to repeat the experience again and I also fell in love with Chicago and made some long term friendships as a result of those ten days in March 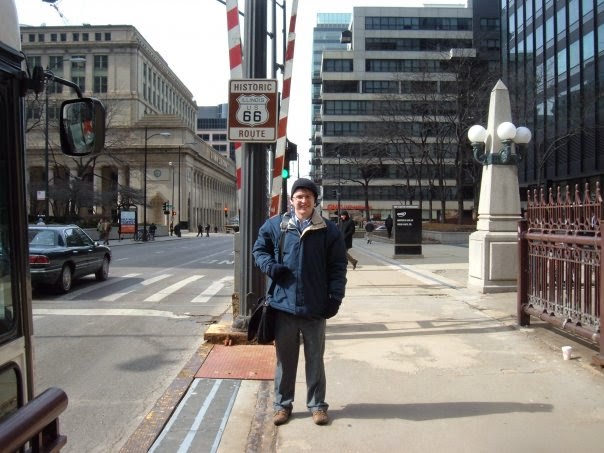