Thought for the Day CMLIV

1 Chronicles Ch 19 tells of the King of the Ammonites, on the advice of courtiers, humiliating a delegation from King David who had been sent to offer their condolences on the death of the previous King of the Ammonites. There was the fear that the delegation were spies
David responds by preparing to attack them and defeating the allies of the Ammonites. This all happened because of a lack of trust and of paranoid fear from the Ammonites, but David could not ignore such a public humiliation and David was not swayed by the gifts sent, bearing in mind there was no apology as such. There comes a point where things have to change, and there comes a point where radical changes need to be made. Apology and forgiveness is vitally important, but that must also involve a change of heart 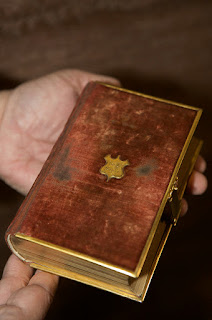