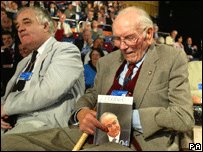 One item on the BBC News website which made me raise my eyebrows this morning!
Francis Maude, the Conservative Party Chairman, wants to stop their annual seaside party conferences as 'they are only attended by "fanatics" and retired people.'
That is a cruel way to attack ones grassroots who, only in the last few weeks, have elected their leader!
As if it wasn't bad enough saying that they were not allowed to pick the new leader in the first place!
Now it isn't really in my place (as a Labour Party member), to make unbiased judgements about the internal affairs of the Conservative Party (as my views are not in their best interests ;) ), but it does seem to be poor management to slate most of one's hard working footsoldiers.
As well lampooned in Little Britain! ;) 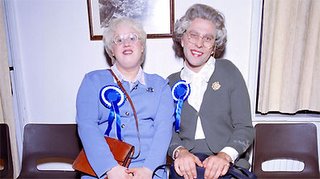