In Christian Praise of: Jim Wallis 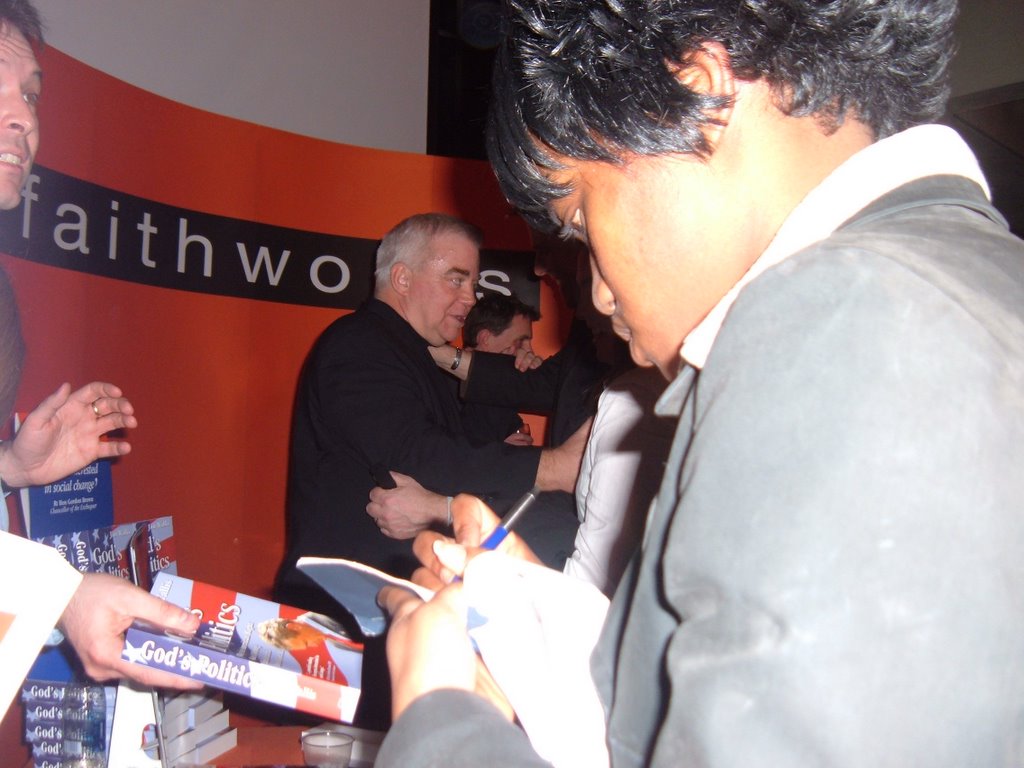 Seems apt, considering Monday's blog entry (For those who don't know, Wallis is the white haired chap in the photo).
Preacher, Christian writer and political activist, Jim Wallis was born in Detroit, Michigan in 1948. He came from a family of traditional evangelicals and studied and graduated at Michigan State University, soon becoming involved in the civil rights movement. He later studied at Trinity Evangelical Divinity School in Illinois, where he helped set up the community that became Sojourners.
Consistently hitting home the belief that issues like peace and social justice mean a great deal to God and that the Bible speaks more critically on this than the subjects which the conservative right bang on about has earned him a no of critics from the religious right.Aside from writing numerous books he also teaches a course in religion and politics at Harvard University.
Jim is also married to Joy Carroll, an English priest who was the inspiration for Richard Curtis's The Vicar of Dibley, after he saw her speak at the General Synod during the crucial debate on the Church of England accepting women priests, and they have two sons.
One of the reasons I have a high opinion, well one simple reason why I have a high opinion, of Jim Wallis is this! Evangelicals are very good at speaking loudly and putting their case across, but too often they don't talk about the things that are a matter of life and death, such as poverty and sickness and the economic inequalities in society. That seems a far cry from what Christ did in his ministry and you never saw Christ chummying up to the leaders of his day and backing any call for a pre-emptive on Rome for reasons over than the overthrow of a nasty regime. Jim Wallis seems to help redress the balance.
Email Post