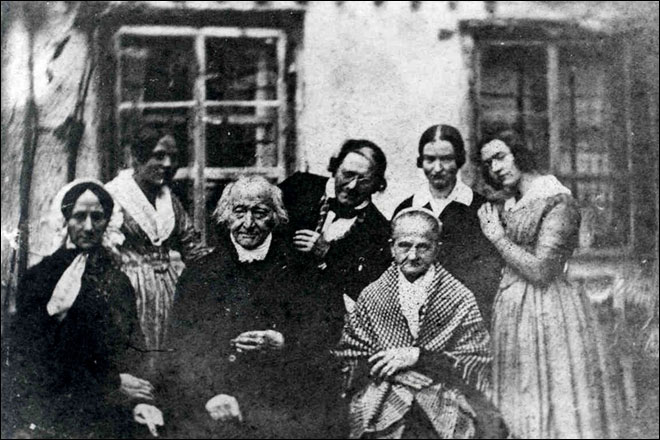 Hit tip to Dunadan at Cally's Kitchen for this.
The old woman on the far left was Constanze Weber (1763-1842). The widow of Mozart
It's a miracle there is a photograph of her, considering that when she died, photography was still very much in it's infancy and, in terms of permanent photography, less than fifteen years old. It was also less than three years after people were photographed for the first time.
Just fascinating!
Email Post