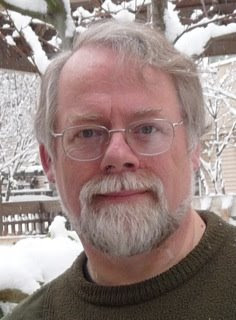 Geoff Arnold lives in Seattle, Washington, where he works for Amazon.com. The subtitle of his blog reads "Expat Brit. Software engineer. Traveller. Music lover. Mac user. Liberal. Atheist. Dreamer", all of which tags are equally important. Yes, he has a Kindle 2. No, you can't buy his Kindle 1.

From the mid-1980s I'd been active on the Internet, mostly in Usenet forums. Around 2000 I decided to create a web site for myself at geoff.arnold.net, but it was very limited: static HTML, no blogging or fancy server side stuff. All of my interactive electronic communications took place via email: I was a member of numerous mailing lists associated with music, atheism, politics, and software engineering.

Then in 2003 my son started a blog, and I realized that if it helped him to communicate with his world-wide circle of family and friends, the same might be true for me. So I started my blog in December 2003. Initially I wrote about the same kinds of topics that I'd addressed in email, and assumed that I was reaching the same people. I soon found that I could reach a larger audience.

When I reached my 1,000th post in May 2006, I actually wrote about this - see Blog entry 1,000: a retrospective. The most rewarding experience was the series of postings about The Anthony Flew brouhaha which attracted a lot of attention. I'm now up to 2,095 posts, so perhaps I should take another look.

I haven't really had any bad experiences, except for the constant chore of dealing with blogspam. It's a really tedious business: to date, I've had 3,287 legitimate comments and 104,592 spam comments. Thank goodness for Akismet.

My thoughts on Indian traffic written in Pune, India back in 2005.

Well, I have 179 subscriptions in my Google Reader account, so this is going to be a very small sample. I read everything by Andrew Sullivan even though I disagree with many of his positions. I keep up with a lot of science and atheism blogs (and often these overlap): Pharyngula, Greta Christina, New Humanist. I'm a software engineer, and there are several software blog that I regard as professionally essential: James Hamilton, Alec Muffett, Tim Bray and Jeff Barr. I stay in touch with many family members and friends, such as Art La Flamme who's currently serving in Iraq. And then there are the ones that don't fit any obvious category: one of my favourites is a wonderful blog by an airline pilot: Flight Level 390.

Mac. At home and at work.


How would you define the American blogosphere?

Diverse. A bunch of non-overlapping echo chambers. I try to read a number of the more thoughtful conservative bloggers, just to provide some perspective. And I also try to follow a few blogs outside my core interests, just to stretch my mind. Philosophy, law, poetry - that kind of thing.


Just how dangerous do you regard the Republican right at the moment?

As a political movement, much less than in recent years. They are rapidly demonstrating their irrelevance: it's a bit like the Labour Party under Michael Foot. The one caveat that I can't avoid is that as they contract they are becoming more virulent and unhinged, and I think the likelihood of political assassination or domestic terrorism is growing significantly.

I've never been to Africa or South America, and I'd like to do both at some point. My company has a development centre in Cape Town, so that's a possibility.

Australia: Sydney, Adelaide, Melbourne. And it's been too long since I was last in Japan.

Interesting. I think it's probably a toss-up between Disraeli and FDR. Among recent politicians, I have a soft spot for Shirley Williams. That said, I agree with Enoch Powell that "all political lives end in failure".

My mother, Lorna Arnold. I hope I'm still as energetic and intellectually active as she is when I'm in my 90's.

Casino Royale. It's the only one which captured the feeling of the original novels.

Chocolate. As dark and bitter as possible.

The "Alchemy" era Dire Straits. (And why hasn't that concert video been released on DVD?)

Oxford. Even though I never lived there, my mother and brother have been there for many years, and it's become my home in England.

Newspaper? What's a newspaper? I subscribe to The Independent on my Kindle, but I only read it occasionally.

Reading, blogging, travelling, I guess. Work takes up most of my time, though. I don't watch much TV - mostly EPFL and Formula 1. (I support Man.U and McLaren respectively.)