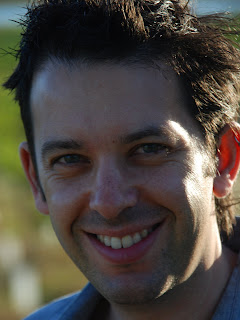 Antony Loewenstein is a Sydney-based independent freelance journalist, author and blogger. He has written for the Sydney Morning Herald, The Australian, The Guardian, Juan Cole, Washington Post, Dawn, Haaretz, The Nation and many others. His best-selling book on the Israel/Palestine conflict, My Israel Question, was released by Melbourne University Publishing in 2006. He was a contributor to the 2008 Verso Books release, A Time to Speak Out: On Israel, Zionism and Jewish Identity. His second book, The Blogging Revolution, on the internet in repressive regimes, was released in 2008 by Melbourne University Publishing

To have my own forum to write about Israel/Palestine and especially to counter the largely ignored crimes committed by the Jewish state in Palestine. Much of the mainstream media sings the Zionist tune, for a variety of reasons, and dissenting Jewish positions, thanks largely to the web, are becoming increasingly heard. I'm honoured to be part of it.

Receiving countless tips, suggestions and links from readers across the world, keen to engage in a respectful discussion over the Middle East. A great number of sources in both my books were based on assistance from readers.

It's often amusing, though frustrating at times, to receive brainless online, ad hominem attacks by critics and partisan hacks. The rules are simple: criticise Israel and expect abuse, such as hate mail, death threats etc. Sadly, this has never had any impact on my work, other than to make me more determined. When it stops, I know I'm doing something wrong.

Where to begin? One favourite comes to mind that highlights my battles with the local Zionist cabal:


Sir Winston Churchill once described Russia as a "riddle, wrapped in a mystery, wrapped in an enigma!" Could the same description apply to the Israel/Palestine situation?

Sadly, yes. In many ways, the Israel/Palestine conflict is very simple. The Jewish state has never been willing to define its borders therefore making any kind of settlement next to impossible. Zionism is about constantly expanding and establishing facts on the ground. The two-state "solution" is now dead, due largely to hundreds of thousands of illegal settlers on Palestinian land. A one-state solution is the only long-term answer, with all citizens of Palestine and Israel receiving equal rights.


How would you define the Australian blogosphere?

Largely parochial and petty, with notable exceptions. I don't really have the interest to get engaged in local online fights, as my interests and writings are related to overseas issues.


You recently blogged about the criticisms that exist concerning the relationships Australian MP's have with journalists. What sort of relationship do you think they should have?

A far less incestuous one. Many journalists boast of their intimacy with politicians, drinking and dining with them. The vast majority of "leaks" in the press are in fact sanctioned drops to favoured reporters. Skepticism towards power is vital in a healthy democracy, but alas many journalists and their editors prefer friendship to opposition with their "sources".

In my personal life, any number of friends and family. In my work, I've had a few mentors over the years, including John Pilger and Robert Fisk. Today I admire people like Nir Rosen and Dahr Jamail, two young writers who challenge established "truths" in the "war on terror" and have no desire for mainstream acceptance.

From Russia with Love

Forgive me, but I've never really been a fan!

Vanilla (with a touch of coconut.)


In terms of visiting for the weekend, Adelaide, Melbourne, or Canberra?

Murdoch's the Australian is the only one in the country, but in the UK, either the Guardian or Independent.

- Books: 1984, A Secret Country and Pity the Nation
- Songs: Shine On You Crazy Diamond, Exit music (for a film) and Gimme Shelter

Anonymous said…
ZOMG. Antony is plain dumb. He reads like talentless person who just ekes out an existence behind more competent intellects. Why interview such a puppet?
10:26 AM

Paul Burgin said…
I have to say though, as a "Pommie" who doesn't know much about the Australian blogosphere, I am taken aback by the amount of attention this interview has caused! I knew there would be some interest in Australia, but not this much
2:07 PM

It's because Loewenstein has a long, documented history of embarassing mistakes, largely due to his obsessive anti-Israel activities.

Despite this, he continues to get the odd column in newspapers or book project, proving that no idiot is too stupid, if he fits the ideological bias of a publisher.

The nicest irony, is he built a modest career on the premise that he was "silenced" for his views. Despite that theory, he has had more PR and exposure than any other similarly talentless hack. As someone who bemonas 'censorship', he routinely censors all comments on his blog with which he disagrees. His hypocrisy is exceeded only by his stupidity.

We Aussies love a good laugh, and Antony is a frequent source of them.
9:58 PM