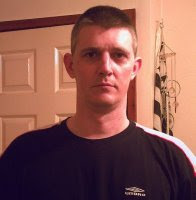 Simon Dyda is a noted musician, blogger, and columnist. He is also a keen satirist and supporter of Welsh Nationalism. His blog is ORDOVICIUS

It was in 2004. I had returned to Wales from abroad and started to take advantage of the free internet access in our libraries, visiting the local library on a daily basis. I joined a Welsh speaking site called maes-e where there was a lot of talk on how to hack Blogger template codes in order to create Welsh language blogs, and everybody there seemed to have a blog, so I signed up to Blogger.

I soon became an addict. For me blogging was a whole new creative output, not only in respect to publishing posts but also in respect to creating blog templates by playing about and hacking Blogger html. At first I created about a dozen blogs in English and Welsh, despite only having an hour or two a day of internet access. I soon realized that this was overdoing it a bit. At one point I had created more Welsh language blogs than any other single individual.

The discovery, back when I was starting out as a blogger in 2004, that next to nobody was reading my blogs. For some reason I had thought that having a blog on the worldwide web would automatically lead to a readership in the thousands!

I don’t have a blog entry that I regard to be my ‘best’. I’ve published far too many posts on Ordovicius and elsewhere to keep track of them, good or bad.

That’s an easy question to answer: Martin Morgan’s No Good Boyo. No other blog even comes close.

It was late 2006 before I had my own PC at home. I started the original Ordovicius in March 2007. It wasn’t my intention to start a political blog, but I soon got carried away with the Assembly elections and discovered that I liked political blogging. After two years of blogging in Welsh it was a novelty to actually have a readership.

Which do you think is better. Blogging or twittering?

Either one, or both together. It all depends on how much time you want to spend on blogging.I’ve recently relaunched Ordovicius as a microblog on Twitter. A microblog is less time-consuming (especially for those of us who type with two fingers).

As far as full-time political blogging is concerned, serious bloggers will want not only to combine blog and microblog, but also have their own YouTube channel. Then there’s Ustream, which has yet to catch on in the UK but allows users to have their own livestreaming TV channel which can be embedded onto their blogs.

From ‘Ordovices’, the native tribe of North Wales in Roman and pre-Roman times.

California. I’m a big fan of film noir and gumshoe fiction, so I’d love to look up the Californian locations featured in the adventures of Hammett’s Continental Op and Chandler’s Marlowe, as well as the scenes of various films noir.

Berlin, Berlin, Berlin. My favourite city in Europe. I loved living there and I love going back to see old friends.

Who do you regard as the best Plaid Cymru leader, and, if possible, the best British Prime Minister?

This will make a lot of bloggers I know spit blood but in my opinion the best PM we’ve had in my lifetime is Tony Blair – despite the invasion of Iraq.

Lech Wałęsa. I know, he became a bit of an embarrassing nutjob as Poland’s president, but he was a great inspiration for me as a Welsh Polak back in the days of Solidarność.

Casino Royale. What a relief after the debacle that was Die Another Day. Daniel Craig is the best Bond ever in my opinion.

Tom Baker. He’s the Doctor of my generation, I guess, although I have to say that John Simm is my favourite Master.

I used to really like the international edition of The Guardian when I was living in Berlin, back when John Major was PM. These days I don’t bother reading newspapers at all.

Reading and writing fiction, watching DVDs, surfing the web…I used to have a lot of outdoor hobbies such as hill walking and cycling but having Retinitis Pigmentosa (diagnosed in 2005) has made such activities difficult and indeed dangerous.

Well for a start the Bible and Shakespeare wouldn't be in the running anyway!
Three favourite songs? One would have to be by Radiohead (for instance the track "All I Need"), one would have to be by the Cocteau Twins (probably "Fifty-fifty Clown") and the third would have to be a song sung by Iarla Ó Lionáird (say "Taimse Im Chodladh")
Three favourite books: Y Mabinogion (revised Modern Welsh edition, Dafydd & Rhiannon Ifans), The Lord Of The Rings (JRR Tolkien). and third place would be a toss-up between Krabat (Otfried Preussler) and The King In Yellow (Robert W Chambers).