Skip to main content
Labels
Posted by Paul Burgin May 08, 2009 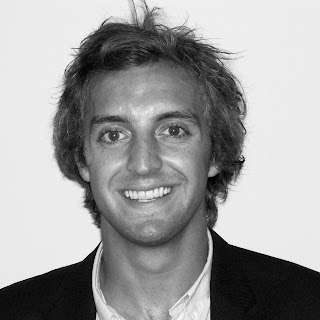 Benedict Pringle: I studied politics at the University of Nottingham, got over-involved in student politics, graduated and subsequently joined AMV BBDO to learn how to solve big problems with creative, behaviour changing ideas.

I had a meeting with a social media engagement agency who basically bought bloggers lunch and tried to get them to write about their clients’ product / event / cause etc... I love a free lunch so thought if I wanted to get in on the action I’d better get blogging.


Having Derek Draper whinge at me on my blog for vaguely criticising his ‘bloggers breakfast’.


The ‘About’ section. Justifying how I’m qualified to espouse my opinions was the most creative thing I’ve ever written.


Scamp, The Ad Contrarian, Nicola Davies (she’s sitting next to me...)

If attack ads don't work, why do politicians keep using them, and why is it far worse in the US?


According to most of the research I’ve read attack adverts do work, but only in one very specific way. They can reinforce an opinion that someone already has about a candidate / party / cause. Attack adverts that basically said ‘Don’t vote for Michael Howard, he looks a bit creepy’ in the UK 2005 General Election worked really well because a lot of people thought that ‘Michael Howard looks a bit creepy, do I really want him as the leader of my country?’.

You recently criticised one of Labour's election broadcasts. How would you make a positive campaign broadcast for Labour?


The best advertising is simple, engaging and brutally honest. The Labour Party has to decide on a single ‘big idea’ which is salient with the electorate, honest to the Labour Party’s values and can be espoused in less than 8 words. And then be proud and positive about it.

If I was to pick a theme for the Labour Party for the next broadcast I think it would involve words like ‘endeavour’, ‘unwavering’ and ‘hard work’. Those are the positive values that Gordon Brown can lay claim to without reproach or competition and are consistent with Labour’s broad philosophy.

How would you reform the House of Lords?


I like the idea of having an element of appointed Lords. Two main reasons: expertise and maintaining democratic inferiority.

Which figure has been your greatest inspiration?

I’ve never watched it. I know that when my Uncle David was a kid he used to get so scared of the daleks that he used to hide behind the sofa though. I also just had to use a search engine to find out how to spell ‘dalek’.

Songs: Costa Rica by Les Incompetents, Whatever by Oasis, I Love London by Crystal Fighters.